skip to main | skip to sidebar

Some people believe that open educational resources “fix” many of the problems experienced by those who work with learning objects. Why do you think they would say this? Do you agree? Why or why not?

I never realized that learning objects – that innocuous and promising mix of words had such a dark and sordid life (or death). When I first stumbled upon the term I was pregnant with the possibilities. I have meandered through the field of Instructional Technology for several years without being a part of or taking part in its demise. I have associated with and worked for Wiley through all of my days in InsT. Learning objects seemed to be a mysterious part of him, a part that no one discussed with much depth, if at all. From this naïve perspective, I am still not sure who did what to whom or why. Learning objects seem to have caught a virus from “internet exposure.” Too many people saw the promise but tried to make it fit their domain to the exclusion of all others?

Maybe we have to leave the learning object behind, with all of its strangling tethers, and find a new name. If we do, what are the fixes that promise to breathe life back into the ‘movement?’

Wiley discusses two separate islands in the literature: One is about structures and standards and leveraging intelligent systems to do it all for the learner. The other is about just doing it and letting the users sort out the selection process (Wiley, 2007, p 351). The second island appears to be more about open educational resources (OER). He also stated that OER has alleviated the problems of copyright associated with learning objects (p 352); however, recent discussions of public domain, copyleft, creative commons, non-commercial etc., point to the many problems that still exist.

Systemizing learning objects and then freeing them from copyright strictures are plaguing problems. But even without those problems, learning objects still face the problem of localizing content. OER is a movement that many of us believe in because it breaks down barriers to education. We are concerned about sharing our knowledge with people who normally would not have access to learning material. Those learners could be anywhere in the world, developing or developed countries, cultures, ethnicities, genders. Some believe that the creator of content is also responsible for localizing it. Or maybe it is the responsibility of the Instructional Designer. It is a nice thought, but one that is beyond the scope of the content provider and beyond the scope of the instructional designer.

The history of Instructional Technology as well as the designs we have been taught to use are filled with many clues to the dilemma of localization. Instructional Technology professes to be as old as the day humans used tools to teach. But it is a young field as far as being organized into a ‘department.’ Some say that the most immediate organization of teaching into efficient and effective methods began with teaching soldiers in the war. Instructional Technology was developed by white males for white males. Culture, gender, ethnicity – in other words – localization, were never a part of those designs. And nothing much has changed toward that end. How many of you, who design instruction, have designed with the actual members of the class in mind? If you did, how did you localize the instruction? What guidelines were you using?

Since a very young child, I learned to ‘localize’ content that was never designed with me in mind. Western language was/is all about gender, unlike some Eastern languages that have no interpretation for he/she. I grew up always having to adjust content to fit me. He (him, his) was the only student. Not only was Johnnie the gender but so were the samples/examples – well you know the rest of the story. If someone has come up with a theory on how to localize content, even in , I have not heard it and I certainly have not seen it or been a part of it. So I tend to go to the second island, where my belief that the user, or student, is more capable of applying context to learning objects than an Instructional Designer. Only the student can know for sure what the needed parameters might be. It seems that it is only the white male that thinks he can localize anything, and that’s because he has dominated for so long that he is blind to ‘others.’

This whole discussion of learning objects made me start thinking about all of the classes that I have taken. Could each one of them be broken down into smaller objects? Of course they could. And like a library, I believe I can wade through the masses of books to find what I need in order to understand what I am trying to learn. Of course, that does not happen without training on how to use a library. And, there will always be a need for a mentor, a guide so that my errors are not so vast.

I see more hope in OER than the ‘other’ which is busy creating rules. But even OER is weighted down with the virus of ‘internet exposure.’ Too many people see the promise but try to make it fit their domain to the exclusion of all others. How nice it would be if we could, just for a moment, try to engage in a Wikipedia mindset. Let the people build the content. Let the people build the folksonomies. Let the learners find what THEY need. And let the geeks keep working at the ‘other’ way, but keep their mentality away from learning objects (or whatever name they might be given) until they come up with a viable solution.

What a passionate post Bobbe. I have been impressed by your analysis about our cultural stereotypes that condition the issue of localization heavily. But you're right: this need of localizing is typical of a particular set of people! :-)

Although I haven't worked with Wiley as much as you have, Bobbe, I've had a similar Ah-ha! moment in going through some of these readings, as I think I understand a little better what a LO even is. Funny that now that I am just starting to understand them, they're becoming irrelevant.

Of course, we can play the semantics game and redefine LO or replace it with OER or LO 2.0, or whatever, but something different has emerged, and that's a good thing.

I won't comment too much on the white male thing, being one of the oppressive majority myself, but it does seem obvious that localization, whether to a class as a whole or drilling down all the way to individualization, is an important direction to go.

Given the diversity that exists around us, I wonder if it is even possible to come up with some usable localization framework other than just to say you need to do it. The Analyze learners and contexts portion of ADDIE or other ISD models has been around for awhile, so I don't know that there's never been anyone talking about it. Obviously many people haven't been doing it right, to say the least. 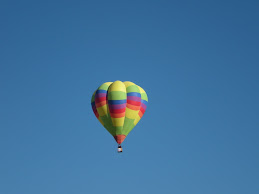 I will do anything to avoid it. The only way I could write less is if I was dead. by Fran Lebowitz